This semester SGA has new goals, a new position, and new additions to the staff. The student body can look for changes in areas of student interaction and on-campus events as well as the continuing integration of commuters and athletes.

A major goal for this semester is the creation of an official school spirit by establishing a student cheer section at events, an Alma matter, and advertising the biggest games for sports teams. When the men’s soccer team were crowned G.S.A.C Champions last semester, unprecedented amounts of students showed their support by attending the games.

“It is our desire to make athletic teams feel a part of the Vanguard community by supporting them. They deserve our full support and we want to make it happen,” SGA President David Vazquez said.

It is SGA’s aspiration that the school spirit generated now will not only make up for the lack in the past, but continue to grow in the future, uniting the Vanguard community.

Other activities SGA will be coordinating this semester are homecoming, junior and senior weekend trips, Junior Senior Banquet, Mr.VU and a week-long campus event called Human vs. Zombie.

The Human vs. Zombie event is popular on other college campuses and requires students to register online. Two designated zombies can tag, at any place or time, other registered students (humans) who then become zombies. The end goal is to either take over the human population or be defeated by the humans, who can stunt zombies in return.

“This semester all of our focus is on Mr.VU and homecoming, which is a week full of fun, packed events,” said Heather Hernandez, Vice President of Administration and Activities.

Though the JSB theme and location are confidential, coordinated events and activities at the banquet are being organized around student expectations.

“Students will not be let down by the highly anticipated event. Yes, changes have been made, but they are changes made with the students in mind,” Hernandez said.

Changes in staff include junior Arturo Vargas who has been hired the Gold Activities Director, while freshman Kristen Achziger tackles the role of the brand-new Director of Public Relations, created specifically as a response to the lack of knowledge about what SGA is doing on campus for the students, addressing the need for representation.

“SGA really does take into consideration students’ needs. Sometimes it’s hard to see what we are doing because it’s behind the scenes, but we do our jobs with the students in mind because we truly care about them,” said Freshmen Class President Jenna Marek.

Among the successes of last fall was the negotiation and modification of the room unlock policy due to the large amount of student protest. Instead of the $10 fee charged to students by Campus Safety, a $5 fee may be assessed depending on violation.

“It’s not out of pride that we say we were able to change a student handbook or campus policy, even though this is the first time we have done so since I’ve been in SGA the past two and half years. It’s that we did what students wanted us to do – and that’s the sole reason we are elected into these positions,” Vazquez said.

SGA’s information can be found on their Facebook page http://www.facebook.com/VanguardSGA , or students can stop by the Bridge and talk to their student leaders directly. 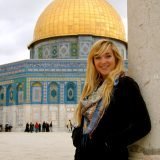