Student Government Association, (SGA) hosted a gathering on Oct. 23 called Hang with SGA with the purpose of students meeting those within student leadership.

According to SGA President Joe Contreras, the goal of the event was for students to interact with the representatives in a fun environment.

“SGA strives to empower the student body by communicating their voice to the administration, through harvesting effective change to be observed into the next century. That is exactly what I hope to accomplish in my position as president,” Contreras said.

As SGA works to improve campus life, the team is currently working on its own website where students can electronically submit their concerns, according to Contreras.

While SGA is open to these student concerns, many of its’ representatives additionally have their own goals they plan to work towards to improve the experience of students.

According to Vanguard Center Representative, Joelle Pasalo, her goal is to change community life for the commuter students living in the residential building.

“Specifically speaking, my goal is for there to be a functional space in which people can come together and build relations or study other than in their own rooms,” Pasalo said.

Additionally, according to Pasolo, a goal is to increase school spirit and interaction.

Building upon this, according to Male Athlete Representative, Nicholas Martino, there is a desire to bring harmony and unity to the school.

“I hope to echo the voice of my constituents and solve their problems in certain aspects of the school. I also want to get to know my constituents better and learn more about them,” Martino said.

According to Njust, she wants to create a more in-depth Welcome Weekend that caters to transfer students, a transfer leadership team to help integrate new students, and a transfer mentor program.

With these individual goals set, as well as the submission of student concerns, SGA representatives plan on effectively reaching out, catering and fairly representing the student body.

Previous Post
Should Your Next Phone be iPhone or Android?
Next Post
Grassroots Movement Sparks Student Passion 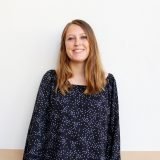 Ineke De Jong is a graduating senior at Vanguard University and is majoring in liberal studies. However, she also loves the hypnotic lure of writing and is minoring in English. De Jong is a Disneyland fanatic and is always down to go to Disneyland if you were to ask her. Ineke is a huge fan of Marvel movies and is Team Captain America all of the way. Brave and adventurous, she is always wanting to go on mini adventures to explore new places around Costa Mesa. De Jong is excited to be apart of the wonderful team that is The Voice.