Over the past few months, the “Tide Pod Challenge” has grown from a joke about eating Tide Pods to people posting videos on YouTube of them actually doing so, garnering millions of views. This poisonous phenomenon has even infiltrated Vanguard’s own campus.

For two Vanguard students who wished to stay anonymous, for fear of detergent related retribution, it seems the allure of eating the Tide Pods comes from not only its vibrant colors that in all fairness look quite tasty, but from being bored with nothing else to do.

“It burned a lot more than I thought it would… it took about 10 minutes for the burning to stop and I didn’t even swallow it,” one of the unfortunate students stated.

Though nothing more than just regular laundry detergent, the Pods’ bright colors, squishy texture, and sweet aroma are the main source of inspiration for ingesting the chemical packets.

According to the American Association of Poison Control throughout all of 2017 there were 53 total cases of Tide Pod poisoning, through the first three weeks of January 2018 there have already been 89 reported cases. The increased amount of poisoning due to ingestion of the Pods has grown to a concerning amount, despite the cry for common sense among the general population.

The burning and bitter taste is caused by Denatonium Benzoate, the most bitter substance known to man. Tide started adding Denatonium Benzoate in 2015 to stop babies from swallowing any of the liquid. Although Tide has made changes to the packaging and the ingredients they add to the Pods they are still dangerous to ingest.

“I thought it would be worth the laughs. Everyone had been talking about it for so long, at first I thought it was really weird, but after a while, I figured I should give it a try and just see what the big deal was,” the other Vanguard student said.

The societal craze that has raised the Tide Pod crisis to such astronomical heights in popularity seems to be receiving enough backlash to begin on the decline. Though the two students acknowledged their lack of common sense, they were glad to be able to share their experience in order to spread awareness of the harmful effects.

There is a chance the Tide Pods trend will soon be forgotten like car surfing and planking, which lost momentum after people started dying.

Because of the dangerous side effects, lawmakers in New York are taking steps to get Tide to change how they market Pods to make them look less appetizing and edible. State Sen. Brad Hoylman and Assemblywoman Aravella Simotas of New York are trying to introduce laws to get all laundry detergent pods to be uniform in color. However other legislature like this has been introduced in the past to no avail.

Not only are teenagers taking advantage of this new trend, but many adults have hopped onto the Tide Pod train as well. Many bakeries are jumping on board by recreating the Tide Pod look on donuts and cupcakes. Bakeries are not the only food makers getting involved in the Tide Pod look-a-likes, Lofty Pursuits a Florida based candy company has also begin making Tide Pod themed hard candy.

Previous Post
Golf swings into style with addition of team next fall
Next Post
Know it like the back of your handbook: VU’s weirdest contract rules 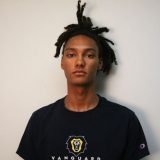 Noah is currently studying Organizational Communications at Vanguard. Not only does Noah succeed in the classroom but also on the track, in his first year at Vanguard he was a conference champion and a All-American in the 400m hurdles. When not practicing or in class Noah can always be found at the beach.