Vanguard University christened their new Dean Harvey Field Monday, Jan. 8, for their first game of the season with an unexpected loss to La Sierra.

Overall, the lions have won 14-6 over the Golden Eagles. Second baseman Joshua Weeks said the problem in Monday’s game was that their usual big hitters did not get big hits.

“The problem we faced was we struggled at the plate,” said Weeks. “We just need to start hitting, it’s only the first game and I know our hitting will pick up.”

The new baseball field was the focus of many student’s conversations, especially those living in Catalina and Balboa dorms as they saw and heard the progress of construction on a first-hand basis.

The new field renovations consisted of updated dugouts, a new netting system for the backstop, pro-style grass, a new irrigation system, new bleachers for spectators, and a new field surface. The investments toward this renovation has costs nearly $850,000. There has been much anticipation and excitement towards the renovation and the new season.

“I’m looking forward to see the success that the baseball players can have now that they have a much better field,” said Emma Bohnert, who has grown up watching baseball and has been a supporter of Vanguard’s baseball team since attending.

With all of the talk about the new baseball field being renovated, many conversations about the renovation were in the forms of complaints, due to the early-morning construction noises. However, many of these students are unaware of how the new field will impact the student athletes and their long-term success for the season.

This field will give players a better aspect for the feel of the game with the pro-style grass and field surface being updated. Now that the team has a more efficient playing field, it can possibly increase their opportunities to see the Golden State Athletic Conference (GSAC) and the National Association of Intercollegiate Athletics (NAIA).

Weeks expressed his excitement and his experience on the field, “My favorite part of Dean Harvey field is the dugouts and the clubhouse. Our new field is the best field I have ever played on because the surface level is easier to play on and the grass is nice for the movement of the ball.”

Southern California College (SCC) was the name of what is now known as Vanguard University in 1959. Dean Harvey is a SCC alumni who is honored in having the field named after him since he was the first athlete to lead a team to the NAIA World Series in 1985. After battling a rare brain disease called Creutzfeldt-Jakob, Harvey passed away in 2011.

The Assistant Athletic Director for Events & Media Jeff Melton was excited about this renovation and to oversee a team that is ready for this new season.

“Having a team that embodies the character of [Harvey] is probably one of the biggest things that we’re striving for this year,” Melton said.

The completion of the renovations were marked by a ribbon cutting ceremony on Nov. 11. Dean’s wife, their two children, and Vanguard University president, Mike Beals, were all in attendance.

The Lions had their first home success with an 11-5 against Bethesda University this past Tuesday and hope to see the same results when they host the University of Antelope. 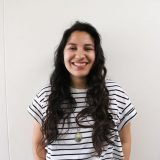