Students lead busy lives. However, as any professor can attest, so does just about everyone. Some handle the balance of school and life better than others. And the others, well, they think of some very interesting excuses as to why they were able to miss that assignment, class, or exam.

Though students can expect understanding from professors in times of personal crises, other circumstances warrant much less grace. A few Vanguard professors have divulged their worst student excuses that procured neither their forgiveness nor their mercy.

Professor of Communication Karen Nishie explained an experience that left her confused at best.

“I’ve had people say that they couldn’t come to class because one of their friends–not the student–but a friend of the student had just gotten engaged, and they were too excited to sit in class,” Nishie said.

This story left Nishie incredulous, due to its absurd foundation.

A story that spoke of needing to get details, ask questions, or relive the moments of the event perhaps would have resonated with Nishie more positively. It appears a clear and concise explanation is the most desired in this circumstance.

“The excuse that I actually believe is ‘it was nice outside and I went to the beach.’ I pretty much know that they are telling the truth on that one,” Nishie said.

And in Nishie’s eyes, the more timely the better: she would rather here your excuse the day before class rather than 20 minutes before.

As for chairman of the Communication Department, Dr. Derick Rosenior has also had his share of inexcusable excuses.

“Two girls came in late from class and said they were coming from Disneyland and forgot where they parked their car,” Rosenior said.

As complicated as the Mickey and Friends Parking Structure can be, it’s critical students have a balance between their Disney excursions and their class schedules. Sometimes car-finding misadventures can be quite the tale later on. When they disrupt your education, however, professors are bound to find them less than amusing.

Other excuses are more generic than others. Dr. Arthur Gray of Religion has heard every excuse in the book when it comes to students shying away from assignments.

“Reasons I’ve heard include ‘I’ve got to go home and babysit my dog,’ ‘I have a headache’ and ‘I was hungry and need to eat,’” Gray said.

Some reasons are fairly frivolous; other carry more sinister tones. Excuses that contain the feigned death of a loved one are usually a no-go, as Dr. Warren  J. Doody, chairman of the English department can attest.

“The most memorable involves a student who told me that she couldn’t attend class because her grandmother had died unexpectedly,” said Doody.

It began when he received the email on a Wednesday afternoon where the student explained she planned to leave home to the Central Valley later that night. She wanted to make up a quiz they had the next morning and agreed with Doody that she would make it up the week after.

“The next morning, I arrived early to my office, and I looked out the window and saw her sprinting across the parking lot with a thick binder,” said Doody.

Unfortunately, this was not a disheveled student attempting to make it to her English quiz.

“A minute or two later, she ran over to a group of fellow students, gave a series of high-fives, then engaged in a little dance with the rest of them,” said Doody.

Shocked, Doody took matters into his own hands to uncover the truth of the matter. As it turns out, the spring term of Media Criticism papers were due at 8 a.m. that morning. In reality, the girl’s grandmother was not dead, and she had made up the excuse to get some extra time to finish her 50 page thesis.

Whatever the cause, students should be mindful of which excuses they create and when, lest their professor recall it one day for publication. 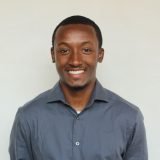