The Vanguard University Baseball team played a hard fought game against the Marymount California Mariners before ending in a “tie” at 2-2. The game reached the 11th inning before the umpire chose to call the game due to darkness. The ending of this game will likely be made up during a future meeting between these two teams, but for now it will be recorded as the Lion’s first tie of the season.

The #22 ranked Vanguard Lion’s entered the game with an overall record of 13-5, while the Marymount Mariners entered with a record of 6-9. Roberto Johnson (JR/San Marcos, CA) (0-1, 2.63 ERA) took the hill for the Lion’s, while Dylan Hatch (SR/Torrance, CA) (2-1, 3.55 ERA) was the starting pitcher for the Mariners. Pitching dominated this game throughout as Vanguard only recorded 2 runs on 7 hits, while Marymount recorded 2 runs on 8 hits. Vanguard struggled with defensive woes, resulting in 4 errors, which ultimately led to both runs they allowed.

The excitement began in the top of the second inning, where Marymount scored their first run. They quickly loaded the bases with a fielding error, hit by pitch, wild pitch, and a walk. They scored their first run on a single to right field, but Johnson was able to get out of a bases loaded jam with no outs by forcing three consecutive fly outs.

Vanguard countered with a run of their own in the top of the third inning. Paul Keating (SR/Oceanside, CA) roped a double into the left-center gap. Brock Eismann (JR/San Clemente, CA) followed by singling through right side, scoring Keating and tying the game at 1-1.

Marymount’s offense threatened once again in the top of the fourth. The Mariners loaded the bases for the second time by a fielding error, walk, and a single. Johnson was pulled with two outs in the inning. Christian Sheehan (JR/Redondo Beach, CA) relieved Johnson and recorded a clutch strikeout to end the inning, allowing no runs.

The Lion’s took the lead in the bottom of the sixth inning, as Trai Patrick (JR/Everett, WA) hit a sacrifice fly to center, bringing home the go-ahead run. Vanguard rolled into the ninth inning with a 2-1 lead, handing the ball over to their dominant closer Michael Jordan (SR/Murrieta, CA), who did not allow a single earned run through 10.2 innings thus far this season. After a walk, single, and yet another error caused by the Lion’s defense, Marymount was in position to score with a runner on second and third with one out. The Mariners eventually notched the game up with a fielder’s choice. Vanguard could not win the game in the bottom of the ninth inning, sending the game into extra innings.

Brandon Sandoval (JR/Fallbrook, CA) kicked off the top of the tenth inning with a double. The Lion’s seemed to be in great position for a walk off hit with no outs and a runner on second, that was until Sandoval was picked off by the pitcher.  After Vanguard couldn’t get anyone on base, the inning ended, and consequently the game ended as well.

Marymount’s starting pitcher Hatch pitched 3 innings, allowing one earned run, one walk, three hits, and one strike out. Vanguard’s starting pitcher went 3.2 innings, allowing one run, no earned runs, three walks, four hits, and one strike out. Keating was the highlight for Vanguard’s offense, going 2-5 with a double and a run scored.

The Lions head back into conference play this weekend with a three game series against Hope International (9-10-1, 4-5) which kicks off on Friday, March 4th at 2:30 p.m. 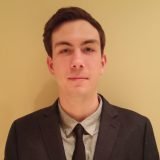