Women from all around Orange County gathered at Newport Mesa Church last weekend to attend the Global Center for Women In Justice conference. Vanguard’s own Sandy Morgan held the event that discussed the prevention and intervention of global child trafficking.

“God can restore the beauty in all the little girls in the world” keynote speaker Stephan Bauman stated after asking the questions, “Does faith matter?” and “Is it possible to end slavery?” These thought-provoking inquiries were followed by eye-opening statistics and heart-breaking realities.  World Relief writes that human trafficking is the second largest and fastest growing criminal industry and has led to the enslavement of nearly 27 million people around the world.

The heavy topic was presented with care and passionate intent as a lineup of speakers came forward to tell their stories. The keynote speakers where Stephan Bauman, president and CEO of World Relief, and David L. Meyers, the Senior Advisor of the U.S. Department of Homeland Security.

In a pact to end Human Trafficking, the conference theme was, “Why is she a slave?” Push factors that are part of culture and risks to women that increase their vulnerability to exploitation and harm, were explored and thoroughly approached.

The event featured organizations including the Faith Alliance against Slavery and Trafficking (FAAST), Live to Free , The Salvation Army and plenty more that you can discover by clicking Here. 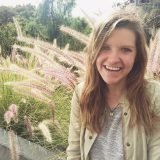