Residential students of Vanguard University are required to purchase a meal plan, granting them a set amount of meals and dining dollars to be used at the Bruce Lindsay Café, affectionately deemed the Caf, and Dr. Ben’s Coffee Bar. The standard meal plan includes 10 meals per week and $200 dining dollars per semester which students can spend at any point, but the only way a student can view their balance is by asking at checkout. Due to this, many students have little concept of the money left in their account and end up with insufficient funds by the end of the semester.

Sophomore Melody Mejia has $2.75 with three weeks left in the semester.

“I always run out, “ she states. As a coffee lover, Mejia spends her dining dollars at Dr. Ben’s multiple times a week. “I do have a spending plan. I only buy coffee when I work.”

“I only ask about my money around the end of the semester,” she states. “It’s too late by then, and I have to stop buying coffee.”

In contrast, residents like Victoria Ramirez end up with more money than they can spend.

Similar to Mejia, Ramirez was surprised to learn that she had ninety-six dining dollars with only three weeks of school remaining.

“I haven’t spent them yet because I have so much, and I’m honestly not good with spreading them out evenly throughout the semester,” she states, “I always assume that I’m going to run out, and at the end of the semester, realize that I have a lot.”

As students like Ramirez come to the realization that they too have an inordinate amount of money left in their account—  money that does not roll over to the next semester— they too binge purchase. “I got a bunch of candy, chips, a bunch of stuff which is interesting because I think a lot of people did that, so the Caf was out of a lot of stuff towards the end of the semester last year.”

“I feel like dining dollars would be more efficient if we could look up for ourselves on our phones how many we actually have. Then, we could actually prepare for what we want to buy,” Ramirez states.

Staff at the Caf heard the student’s outcry and are working to fix the difficulties of tracking dining dollars.

“Next semester we are going to launch a mobile app that will allow students to check their dining dollar balance and so much more,” Katy Cvitanich, Café manager, states.

With this change, students will be able to budget efficiently and maximize their spending throughout the semester. The modernization of the Caf’s system marks a new era in Vanguard University’s history– one that looks towards a future in embracing the student experience. 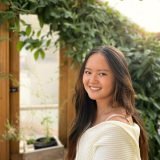