In the prime generation of music streaming, playlists has become more popular for listening to music. Streaming platforms such as Spotify and Apple Music are a clear example of this. Creating personalized playlists for users, summing artists’ discographies into one playlist to introduce them to listeners, and more, streaming platforms have been pushing playlists as a more convenient way to listen to music. Due to this, albums may have started to become less popular as a means of releasing music.

Every December, Spotify will release the “Spotify Wrapped”, where they show each Spotify listener their most-listened to artists, songs, genres, and more. In the end, each user will have a personalized playlist of their favorite artists of the year. Apple Music has begun to do things similar, making personalized playlists for listeners based off of their listening history. Many artists even have playlists curated for new listeners that contain their most popular and “essential” songs. It almost seems as though playlists are starting to become the most curating format for music-listening, at least on streaming platforms.

When asked if there are any significance differences between listening to albums and playlists, Vanguard Senior Asia Collins said, “Yes. Albums tell a story from the artists, but playlists create a mood that fits my state of being at the time.” 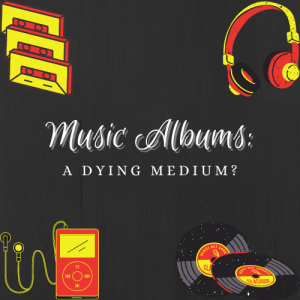 Collins words ring true, as you can find countless playlists based on moods or activities on every streaming platform. The amount of playlists curated to studying, sleeping, and working out is endless.

Music pop culture site Complex.com published a list of their top Spotify playlists for users to listen to. It contained titles such as “Bedroom Pop”, “Mellow Bars”, and “Get Turnt”. Many other music pop culture sites have similar lists, many containing the words “coffeehouse”, “lofi”, and all the like. Playlists, while they do not tell as much of a story as albums, have a different purpose: to evoke emotion. Whether that emotion is relax or energize, playlists have a much more user-defined agenda. As for albums, their agenda comes straight from the artist.

The albums Donda by Kanye West, Sour by Oliva Rodrigo, and IGOR by Tyler, the Creator are currently in Spotify’s “Popular Albums” section, and all three have creative storytelling elements. IGOR is probably the most story-heavy, as it incorporates transitions and interludes at the end of each song that smoothly transition into the next. Sometimes, it is so seamless that the songs do not feel as though they end. This shows how the artist makes song selection and track listing so important for albums. The same elements are seen in Donda, to depict West’s honor for his deceased mother, as even though each song does not feel connected, they are listed in a way to show his creative shifts in narrative. The same goes for Sour, as Rodrigo uses visuals and shifts in tone to tell the story of heartbreak in her debut album.

Each album makes track listing very important. Albums themselves have a strong focus on how the artist wants the listener to listen to it. On IGOR’s release, Tyler, the creator even posted a special message on Twitter of how to listen to the album: 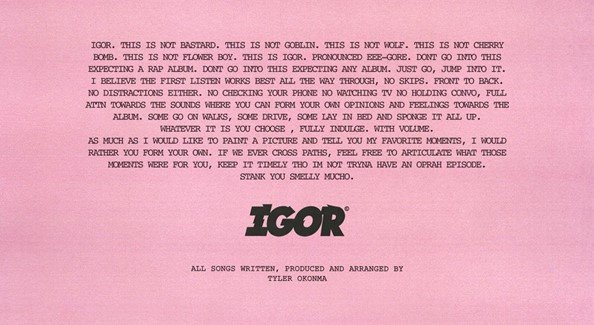 Creative expression is important when it comes to listening to album, especially on its release. However, that is what has been decreasing attention to them: time.

With many more artists taking much more experimental approaches nowadays to creating albums, the drive to listen to an album through without any interruptions has become much more apparent. Albums have become more of an event than a downtime. Evidently, that’s what playlists make up for.

When an album by your favorite artist is released, you most likely want to listen to it through and through. No interruptions. No shuffle. No skips. Just you and the art. However, sometimes that isn’t easy. Sometimes you can’t pack a 45-hour long album into your drive to work, especially when you want to sit down, listen, and truly take it all in.

Streaming platforms have taken steps into efficiency and ease. Want to get into Tyler, the Creator, but don’t have time to listen to IGOR, Call Me If You Get Lost, Flower Boy, and Goblin? Easy. Here’s a “Tyler, the Creator Essentials” playlist, filled with all of his most popular hits. Music listeners don’t have to invest as much effort into finding new music as much anymore. Due to this, albums haven’t necessarily gotten less popular, but on a daily basis, they aren’t listened to as much. Sometimes, it isn’t a bad thing.

Collins said, “Streaming platforms allow for the discovery of new music and give more variety to the listener. CDs and records are limited to only the songs on the album that you choose to buy.”

This does add limitations to albums. Collins said she even listens to personal playlists more than public playlists or albums themselves. CDs and records limit how much the buyer listens to, so while they do gain the effect of what the artist’s intended expression was, that’s all they really get out of it. So, some listeners crave more. With that said, some might usually turn to streaming platforms, where they can listen to both the albums of the artist, along with curated playlists made to introduce listeners to that artist specifically.

So, is the music album a dying medium? Most likely not. While many music lovers do listen to playlists a lot more often than albums, albums themselves are special. They tell stories, create atmospheres, and draw listeners in. Playlists do allow artists to welcome listeners to their craft in an easy-to-take-in formula, and are more efficient in creating moods and resolving purposes, but there is no right or wrong way to listen to music. Each has their perks, and different forms of expression. It is up for the listener to decide what their preference is.

Previous Post
What Can We Do With Denominational Conflict?
Next Post
Staying Close To God: Stress and Busyness 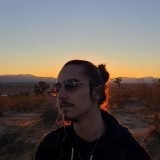