The problem of evil has been a common question for many years now. People often ask themselves, “if God is so great, then why does even happen? Why is there helplessness in the world when our hope is supposed to be in the one that made this world?”

There are many labels on who God is. But the main labels are all-good and all-powerful. There are also different views of evil in the world based on these labels of God. For example, some people think that God is against people and that he enjoys watching all this evilness ruin our lives. But it’s important to remember the way God has revealed himself throughout history or even in records such as the Bible.

Peter states, “…by which have been given to us exceedingly great and precious promises, that through these you may be partakers of the divine nature, having escaped the corruption that is in the world through lust” (2 Peter 1:4, New King James).

Despite of the evil going on in the world, it doesn’t mean that God enjoys seeing us suffer. In fact, He knows that there will eventually be evil because of our sinful lusts. So, He decides to demonstrate His love for us through his promises. Promises that will comfort us from the consequences of evil. The biggest example of this is Christ’s death on the cross — it reminds us that evil is not the end. 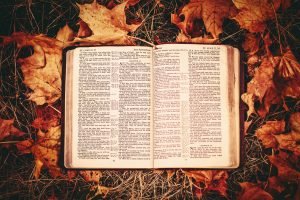 People forget that God is immanent despite evil and despite The Fall. Because of his immanence, He has reasons for evil to be allowed onto his creation.

There are times when even God uses suffering to bring something good out of it; despite man thinking, “this is impossible, but with God all things are possible” (Matthew 19:26, NKJ).

No one can question God for his immanence. No one understands his ways of working when it comes to accomplishing a greater good out of evil. People often forget that just as there is a problem with evil, there is also a problem of good. This started at the beginning. When God decided to give a free will to humans and humans misused it — it created a barrier of evil in the world. It blinds mankind to see that God is combating against evil.

Paul states, “Who gave Himself for our sins, that He might deliver us from this present evil age, according to the will of our God and Father…” (Galatians 1:4, NKJ).

It’s possible that evil wasn’t created from God. Rather, mankind brought it on itself.

“A fallible person who is morally incapable of sin is a being without free will,” Alvin Plantinga said in his book God, Freedom, and Evil.

So, keep in mind that God can either create man with free will or have a world free from evil. God only wants to show his mercy and love through creation with free will, and the Devil is an opposite of an all-good and all-powerful God. The blame has been pointed to the wrong being all this time; or maybe the problem of Evil is just a subject that can’t be solved until glorification day; to those who will be reunited with the Lord. 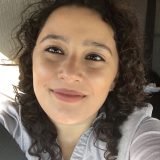