Changes are being made to the Communication Department, ranging from updating curriculum to expanding the scope of courses.

Due to university moving from a required 124 units to 120 units to graduate, some classes are ending. Communications Department Chair, Naomi Kasa, and the faculty have been making changes to the department under these new unit requirements.

“If we keep the current units for the major, students do not have the opportunity to take any electives, which defeats the purpose of the liberal arts education. You are supposed to be able to take courses in other disciplines,” Kasa said.

Taking away the Advanced Interpersonal course was part of the revisions; however, it will be coming back in a different format as Relational Communication. According to Kasa, the History of Communication and Cinema courses have been removed from the curriculum for incoming students and, instead, will come back as an upper-division elective. As chair of the department, Kasa is introducing new Communication courses in the coming year.

In working to qualify for the Public Relations emphasis with the Public Relations Society of America, the department hopes to add two new courses such as crisis communication and research writing to the curriculum. While the university currently lacks the faculty to teach these courses, they are hoping to hire a full-time public relations professor, according to Kasa.

The Film and Visual Storytelling and Emerging Media emphasis capstone requirement will also be changing. According to Kasa, while the Interpersonal and Public Relations emphasis will stick with taking Media Criticism, film students will now have a year-long senior project, which is what many master programs are looking for in new graduates.

In regards to the Emerging Media emphases, Kasa and professor Alexander Monte have launched a media hub, which is a student support center for digital skills and filmmaking. Monte is running a training lab as part of the Introduction to Filmmaking course. This change to the Film and Storytelling emphasis was updated to have a more hands-on approach so every freshman receives foundational skills with equipment. Kasa is seeking to update these courses.

According to Kasa, the Cinema Arts emphasis is being renamed to Film and Visual Storytelling. The curriculum is focusing on a more visual storytelling approach. In the spring, new electives will be offered to students such as Music Video Production. These new electives are mostly two-unit courses that approach subjects from a workshop perspective as opposed to a typical 16-week course.

According to Kasa, this next year is a soft launch of having optional workshops for students interested in learning more about certain subjects such as social media or photoshop. She is excited that the department is also offering non-credit workshops to develop student’s skills in areas such as stage lighting.

Apart from creating these new changes was in order to stay up-to-date with the film industry and because students have expressed their needs within this department.

“We’re listening to what people want to have more knowledge about and develop new ways of delivering content,” Kasa said.

Kasa and her fellow staff members are listening to students and making the changes needed to stay competitive within the academic field.

Previous Post
The Life of a Wrestler
Next Post
Dr. Sandra Morgan: From Vanguard to the White House 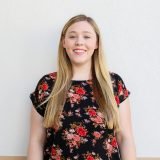