The MIX is looking for a club president. The club provides culturally and ethnically mixed students with the opportunity to share, be included, and be heard.

The MIX is a club that was created through the Intercultural Student Program (ISP) to target the population of students who identify as culturally or ethnically mixed.

According to the MIX’s mission statement, “The MIX exists to create a sense of belonging for students who identify as multiracial, multicultural and international. The MIX provides programs and events that discuss the unique experience of being a person who represents and embraces many cultures.”

The club encourages anyone to show up and participate in club activities, not just the targeted audience.

According to MIX club member Chyanne “Shaka” Rodriguez, ISP uses clubs like the MIX to create a comfortable environment for students to be able to talk through issues concerning his/her own ethnic background and experiences through various inclusive events.

“Having this club is neat, as I felt noticed and appreciated. I was excited to invite friends who were not of multi-racial background and to have them interact,” Rodgriguez said.

According to MIX club member and sophomore Salonia Harper, being mixed can be confusing. However,  the MIX hosts events to give students a sense of community through this.

“We had the dinner and dialogue in the Cove last year where we just vibed out. It felt super comfortable, super family-oriented,” Rodriguez said.

The MIX has become an important club for students to have on campus.

“Being part of the club was important to me because I was a freshman at the time and I did not know many people…I felt that it was a great way to get involved. I also thought it would be cool to meet other people that are mixed,” Harper said.

In order to have students continuing to participate in this club, the MIX needs a club president.

In working closely with the previous MIX club president, it is important to have a leader that is approachable, quick and clear with responses, and knowledgeable with networking, according to Rodriquez. It is crucial for the president to know the population, as well as the resources to help them.

Besides tending to the needs of the students, a club president has the responsibility of reporting to his/her supervisor. Apart from creating an impact, being the club president is a job. The ISP team is there to hold them accountable, but also help them to make the club better.

If you are interested in applying for the MIX lead position, applications are being accepted until Nov. 29. The process includes filling out an application and participating in a group and individual interview.

*The application form can be accessed here: https://vuit.wufoo.com/forms/isp-the-mix-club-president-application/ 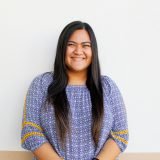 Serena Mokulehua is a Communications Major and last semester senior at Vanguard University. She believes that if she’s not learning or stimulating her mind in some way, she is not living. Mokulehua appreciates art of all sorts as well as creates her own. She tends to procrastinate but works hard nevertheless.