The Lyceum Theater travels to the big-haired, polyester-suited, blindingly-colored past in their portrayal of “9 to 5 the Musical.” Spending the previous two seasons jumping between crowd-pleasing favorites like “Seven Brides for Seven Brothers,” “All Shook Up,” and “The Pirates of Penzance” with exceptional grace, the company took on the challenge of capturing the world of the cult classic film “9 to 5”—notoriously known for its strong female leads: Dolly Parton, Lily Tomlinson, and Jane Fonda—and succeeded in recreating the “stick-it-to-the-man” attitude within a misogynistic workplace.

Judy, previously a housewife and now the newest female employee, finds herself in need of a job after her husband, Dick (played by junior Tiffer Aguirre), runs off with his secretary. Trained by Violet, a persevering employee of the company for years, who has yet been able to move up from her position as a senior supervisor, Judy learns that the boss of this business has a history of mistreating his women workers.

As the audience experiences a typical day at the office, things begin to go wrong. While Judy has a miserable first day, Violet is once again turned down for a promotion and Doralee discovers that Hart is spreading rumors about her having an affair with him. The women, all understandably angry, bond together in a desire to enact revenge on their boss.

After an accidental attempted poisoning by Violet, Hart uses the crime as a source of blackmail towards the women. Unhappy with this arrangement, the ladies problem-solve together, settling on taking the law into their own hands by kidnapping their boss and holding him hostage. Now, the women navigate being free and in control within the office while seeking to keep their boss hostage.

While most employees notice positive changes without Hart’s presence, the question is, how long will this freedom last?

The trio each brings something special to the stage—powerful, confident, and personable—similar to their inspired counterparts.

Trickey’s strength in the role allows the audience to become emotionally invested as she works through her squashed desires of being promoted within the company.

From sweet-spoken wife to an independent working woman, Beaver creates a smooth transition between the polar opposites which emphasizes the colorful freedom blossoming within the workplace.

Faced with a hard to beat predecessor—Dolly Parton herself—Rhodes makes the part her own without neglecting the aspects of the character (especially her western accent) that have made Doralee an acclaimed role.

Ball, under the direction of Susan K. Berkompas, masters the balance of pompously sexist and hilariously charismatic, nonetheless attracting the admiration of his secretary, Roz Keith (played by senior Gwendolyn Olson), who gains the audience’s affection in her solo “5 to 9.”

Paired with its robust acting, the production achieves its vibrancy from its energetic choreography and unity of production elements.

Choreographer for the company, as well as last-minute ensemble addition after the injury of a dancer, Bretlyn Schmitt-Lazaris combined efforts with Berkompas to create movements that mirror the emotional state of the plot.

While still possessing high energy from beginning to end, during the transition from the oppressive overlording of Hart to the effervescent freedom of the women in charge, Berkompas emphasizes this shift in “Change It” with the throwing of colored paper into the sky and pirouettes. In this, the energy adjusts and allows for an airier atmosphere that continues to the end.

Schmitt-Lazaris’ creativity particularly shines in “Dance of Death,” where Doralee and the ensemble herd Hart in a western fashion. However, at times, the crowdedness upon the stage took away the concentration from Doralee as she rounds up Hart and aims the gun.

The colorfulness of the production is accomplished by the theater trinity–costume, set, and lighting design.

The costumes, designed by Lia M. Hansen, begin with greyscale, monochromatic colored business professional style, and transition into colorful pops of colors and patterns. This further intensifies the freedom experienced by the staff when Hart is missing.

Set designer, Paul Eggington, crafted the unique stage setup with an additional turntable upstage used to transition scenes. The set itself, however, rarely moves from its monochromatic office space consisting of bleak colored walls, desks, and office supplies. This eventually receives a much-needed update after Hart’s kidnapping with touches of colored paintings hanging from the walls and personalized photographs and trinkets on the desks.

From acting to choreography and its finely-crafted design, Vanguard University’s “9 to 5 the Musical” paves its own way from the classic film in a positive way—much like what happens to the trio of women. While faced with a challenge to both reach audiences’ expectations and to explore the issue of sexism in the workplace, the company rose to the occasion and achieved the essence of the show’s message—“Nothin’s gonna change if you don’t change it!”

“9 to 5 the Musical” plays at the Lyceum Theater through Oct. 6. 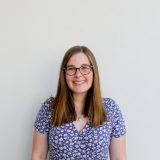