“When the gas is shut off and the Caf food is better than when it’s on”—the latest tweet from “Just Vanguard Things,” one of Vanguard’s many parody social media accounts.

Vanguard’s campus has a growing variety of these parody accounts that seem to poke fun at Christian college clichés, by playfully spotlighting students and showcasing a generation in love with memes.

“They’re silly but also necessary for some people. They almost serve as comical relief from our sad lives as students,” Melzer said.

Sophomore Whitney Harris considers them to be a little juvenile.

Regardless of why they continue to exist, the number of accounts is rising, and they are creating new content every single day.

“It’s ridiculous how many accounts there are. I feel like some just create unwanted drama. I think like [with] anything, we need to set up boundaries of what is okay or not okay. These accounts obviously cross a lot of those, but I do feel it’s all in good fun,” senior Christian Camargo said.

As for crossing boundaries, parody account, “Vanguard Crushes,” has made numerous students uneasy.

The account allows students to anonymously submit a photo of anyone they find attractive, along with some type of witty quote about the crush, without any type of consent from the person that is being posted about.

One student that had her picture anonymously posted on “Vanguard Crushes” felt very uncomfortable.

“I didn’t like the photo that they posted, and it honestly made me feel really awkward seeing it. They didn’t even spell my last name right,” freshman Erika Ortiz said.

Other parody accounts border on being offensive to students.

“I don’t like the [accounts] that spotlight certain people, especially when it’s random and they don’t ask for your permission. But I do think that comes from us being a small school,” junior Jessica Van Winkle said.

One specific meme posted on “Just Vanguard Things,” presents a Venn diagram of the male population at Vanguard. It depicts male athlete students as being very attractive but not necessarily followers of Christ, and then depicts men that do follow Christ as unattractive.

“[The Venn diagram] post really bothered me, because that person generalized an entire group,” said sophomore Desiree Morroquin. “You don’t know them personally, you don’t know who they are. That is so mean and judgmental.” 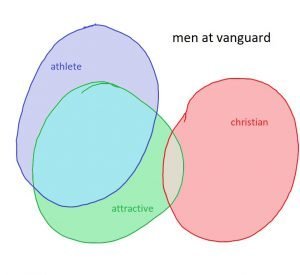 There are other concerns regarding these parody accounts as well. Senior Grace Johnson believes they may be utilized as a tool to spy on students inconspicuously.

“Anytime [a parody account] requests to follow me, I automatically block them. I’ve heard of others getting busted for what’s on their social media so I’m not a fan,” Johnson said.

However, many believe that accounts such as “VU Sunsets,” Overheard Vanguard,” and “Just Vanguard Things” exemplify both the playfulness and creativity of Vanguard students.

“I think they are very specific to Vanguard. I think it says a lot about our community and how we connect to each other…They can be so stupid but also really funny,” sophomore Jessica Van Winkle said.

“I think because our campus is so small these accounts help foster our community. I don’t know if they would thrive on a bigger campus, but it works here. Some of them are hilarious,” Limon said.

Sophomore Damariz Guerrero has only one response to Vanguard’s parody accounts. 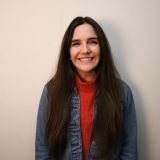