“My favorite part about beach volleyball is just being able to be out on the beach everyday with my sisters and getting to do something we all love together,” freshman Karli Burk said.

Burk joins 11 other members of the new women’s beach volleyball team under Coach Kris Dorn in their first season.

Dorn joined as coach after it became evident Vanguard wanted someone to invest in the students, and though there was originally trouble recruiting 12 players, it paid off.

“Starting a new program from scratch is difficult. We were behind with recruiting and knew we would be behind, but I am incredibly impressed with who we got,” Dorn said.

After moving to California in May of last year, Dorn realized there would be a way to partner with the athletes, something he also saw in their treatment of one another.

“This is not about me, if you were to come along side our team and just see the way that they respond and love on each other and support each other, it is amazing. They have really taken a concept that we all had and have made it a collaborative experience,” Dorn said.

The women have grown beyond the relationship of mere teammates, which, according to Dorn, is already a much stronger bond within beach volleyball. For the players, they have an opportunity to encourage both in their sport and in their lives.

“Our team dynamic is a sisterhood of individuals who are driven to better our volleyball careers and grow in our faith together. Each girl constantly loves on each other and supports one another while still pushing each other to become stronger competitors in Christ,” sophomore Karly Cantu said.

Dorn can already see the potential the team has to excel beyond just fellow athletes.

“This is not about me, if you were to come along side our team and just see the way that they respond and love on each other and support each other, it is amazing. They have really taken a concept that we all had and have made it a collaborative experience,” Dorn said.

For Dorn, he hopes to use his strengths as a coach to guide the team to unity and success.

“My strengths as a coach is when you see me maybe 70 percent as your coach and 30 percent as let’s live life together,” Dorn said.

Though Vanguard does have a women’s volleyball team, this new spring sport differs from its indoor counterpart in multiple ways. Whereas indoor volleyball allows only a half second to touch the ball, according to Dorn, beach volleyball calls for the impact to be absorbed more into a player’s hands and body.

Playing on the sand and outdoors also presents its challenges. Dorn explained the difficulties of shifting with the wind or sun. The sport specifically categorizes three different these as vison, movement, and touch.

“Moving on sand is quite a task, your vertical jump goes way down, your ability to react goes way down, you have to really train yourself to the stabilizers on your feet. If your weight is not centered then your center gravity cannot move,” Dorn said.

Additionally, the success off beach volleyball relies on the players working well with their partners. Each match is made up of six different teams total, with two members of participating in a set against the opponent.

“Our practices are geared not just towards the skills but the mentality where you and your partner are against the world right now and because of that we are looking for IQ fits not just personality or skill fits,” Dorn said.

The first match for the team comes on Feb. 15, with high hopes among members for making a lasting impression at their school.

“This season I am hoping that we will set a strong foundation to allow for a respectable Vanguard beach volleyball legacy and hope to play some good, competitive matches,” junior Kayla Tinker said. 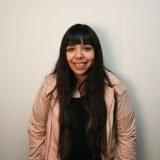