After nearly 20 years in waiting, Vanguard University’s Theatre Arts Department has completed phase one in a two-step renovation plan of its Lyceum Theater, which includes a backstage area, a black box theater, and restrooms.

According to the VU website, phase one of construction consisted of a 2,000-square-foot space that will serve as a spacious backstage area, complete with a dressing room and greenroom for actor and actresses. For both patrons and actors, restrooms will at long last be added.

Plans for the renovation has been in the works for years, according to theatre major, Nick Lazaris. Lazaris specified that this exact model of the Lyceum Theater Renovation Campaign began forming last spring. The project had been long been delayed.

Since last year, the theater department has been marketing this campaign project, which had a $650,000 budget, to their loyal patrons. Before each performance in this past summer and fall, the audience watched videos highlighting the renovation plans, Lazaris explained, which resulted in generous donations by those who wanted to see the plans come to fruition.

“I look at the folks who’ve been here, working…with a smile on their face and a belief in their heart that they’re making a difference. We’re here…to continue that dream, to take this a step further, to give them the space they deserve,” Coleman said, according to the VU website.

Several members of the Vanguard community seems to be excited about these renovations. Theatre student Samantha Fokos expressed her thoughts in adding that these renovations will “bring a sense of wholeness to our theatre.”

Former Theatre students also weighed in on the matter. Senior Nathori Johnson expressed relief at the renovations finally coming, both for actors and attendees.

“We had senior citizens walking all the way to outtakes, that’s wrong!” she said.

Lyceum Theater has been in need of renovations for some time now, Lazaris explained.

“We’ve been working out of one space [the Lyceum Theater] for everything we do in the Theatre Department. Courses, rehearsals, labs and productions have all been forced to use one single space for the last 20 years.”

The renovation process has been far from seamless. The head of Vanguard’s theatre department, Professor Susan Berkompas, has been fighting for renovations for nearly all of the 20 years.

According to Berkompas, the department has witnessed the accomplishments of their alumni over and over, from acceptance into elite MFA programs to working in Broadway. And Lazaris, who is equally as proud of his department, believes this is just the beginning of achievement for VU theater students.

“Phase two is just getting started, and we can use all the help we can get to create this much-needed extra rehearsal/performance space for our students,” said Lazaris.

Phase two will consist of creating a black box theater that will serve as a dance space for musical theatre, production space, and a second rehearsal space for Vanguard’s main stage productions.

An official ribbon cutting celebration for the completion of phase one of renovations is scheduled for early March 2018. 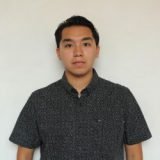