October 18, 2017 marks the 10 year anniversary of Jay Asher’s novel, “13 Reasons Why,” which tells the tragic story of Hannah Baker. Before such a novel, suicide was only ever discussed and sensationalized when the local news had a story about it.

The book was successful enough for Netflix to make a show about the issue of suicide. It was praised for bringing up the subject in mainstream media again, but criticized for delineating away from the book and its ending.

Many professionals that care for people who suffer from depression or who have suicidal thoughts worried very much about how many people would see the show and the Werther Effect.

Of its many achievements, besides a polarizing Netflix show, it brought up suicide and let people talk about this stigmatized topic.

Bringing up this hard subject allows people to be more aware of it. To learn warning signs and be more prepared to help those who may be having such thoughts.

Once discussed and researched people may find websites like the jasonfoundation.com and learn what myths about suicide have been debunked. Or the many other resources that can provide information about it.

It is a tragedy to lose a life this way. It is even more tragic when after some research that according to the Jason Foundation that, “Suicide is the SECOND leading cause of death for college-age youth and ages 12-18.”

“The number one reason people die by suicide is because they suffered from untreated depression” states Kevin Caruso, the Founder and Executive Director of suicide.org.

Depression can and will make a person’s life more difficult. But with the right resources, like Vanguard’s Counseling Center, it can be treated and help get one’s life back on track.

“The National Suicide Prevention Lifeline provides free and confidential emotional support to people in suicidal crisis or emotional distress 24 hours a day, 7 days a week, across the United States.” –suicidepreventionhotline.org

If anybody suffers from depression or has suicidal thoughts please contact a suicide hotline and find help. Your life is important and you deserve to live it to the fullest. 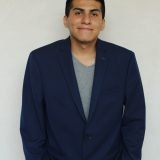 His first year attending any university, he's a freshman, this Psych major is working on a school newspaper for the first time. A humble individual who is open to any constructive criticism for whatever he does. Random fact: currently playing Fallout 4 (whenever he has free time obviously).