With the end of Vanguard’s annual GEO Week comes the announcement of this year’s mission trip scholarship winners. Sophomore Maddie Bertrand was among one of thirteen winners and was granted a $1000 scholarship.

Bertrand originally entered this contest with the hopes of simply winning any one of the scholarships, and was very surprised to learn that she had won one of the top prizes.

“I was in shock. While we were doing the Goose Chase app, I prayed and was like, ‘God, even if its just fifty dollars I’d be fine with that, but whatever happens, happens.’  So when I found out I had received the bigger one, I was very shocked and just thanked God for everything,” said Bertrand.

The scholarship that Bertrand received is eligible to be used towards any of the upcoming winter, spring, or summer break missions trips. If she so chooses, she will also be able to apply for multiple trips and split the money among them.

This is not Bertrand’s first opportunity to go on a missions trip. This past summer, she went with Vanguard to serve people in Derry, one of the largest cities in Northern Ireland. After being able to spend a week working with children at a bible school, she was inspired to enter the GEO Week contest so that she would be able to travel to help more people realize the love of Jesus.

While Bertrand has a few locations in mind that she would like to go serve with Vanguard, she is putting her faith in God and believes that He will help her decide what part of the world needs her help the most.

“I really want to go back out there and go see what else I can do for the world. There are a lot of possibilities up in the air right now, but I’m just waiting to see where I’m supposed to go,” said Bertrand.

While only a handful of students received scholarships, anyone on campus had the opportunity to be entered into the scholarship lottery. By downloading and logging into the free app, Goose Chase, students could join the GEO Week 2017 group and gain points by partaking in various tasks around campus.

These tasks included taking a picture with a specific missionary at an event, writing prayers for different nations around the world and submitting write-ups about what had been talked about at chapel on that specific day.

After closing Goose Chase at the end of the week, department head Kayli Hillebrand and coordinator Katie Heemstra picked the ten people who participated the most throughout the week and drew their names at random to determine what scholarships they would receive.

Additionally, three extra scholarships were given out to the two winners of the food eating contest held earlier in the week, and one granted as a raffle prize at the end of the week Jubilee.

Although those who won the scholarships are guaranteed a spot onto one of the Global Outreach trips, their next step is to go through the application process. By doing this, Hillebrand and Heemstra are making sure that each recipient is using their scholarship to go to the part of the world that they would best fit. 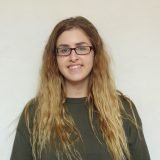