The Vanguard University baseball field is currently undergoing renovations and the baseball team cannot wait to get back on it. The new field will be named in memory of former VU baseball player Dean Harvey, who graduated in 1988 and passed away in 2011.

Over the past few years, the Lions have played on an uneven field, with its dirt turned to clay and consistently dead grass.

“Anytime you dove or slid on the field, you would tear up your uniform and get cut up,” senior Dylan Ramie said.

The contractor in charge of the renovations, Tony Elias-Calles, shared that the Dean Harvey Memorial field will be completely level and will have the same playing surface as top universities and professional fields.

“The old field has no comparison to the new one… The infield and outfield were turned to clay and there was a foot drop between the two,” Elias-Calles said.

In addition to the new surface, the Dean Harvey Memorial Field will feature pristine dugouts, a locker room, and a new bullpen and batting cages.

With the best facility in the conference, the cutting edge field will give the Lions the ability to host regional tournaments and serve as an effective instrument for recruiting new players.

Part of the funds for the field were donated on Harvey’s behalf, and a committee of alumni who want to honor him is raising the rest.

“A lot of people don’t know [of Harvey]. Alumni who played with him wanted to upgrade the field in his memory to commemorate the past and prepare a better future,” said head coach, Robert Pegg.

Harvey not only left an impression on the teammates who played alongside him, but also on current VU baseball players.

“His legacy makes you want to play harder and makes the game more of an emotional experience,” senior Tyler Steele said.

“His legacy sets an example of brotherhood that will translate onto the field and be an example to future generations of players,” senior Alex Camacho said.

Pegg and his baseball team are exhilarated by the renovations and are anxious to get onto the new field.

“I’m excited about everything… We’re just grateful. A lot of coaches haven’t been able to experience this kind of blessing,” Pegg said.

The Dean Harvey Memorial Field will be completed this fall. An official ribbon cutting ceremony will be held on Nov. 11.

Previous Post
The Jazz Studies Jazz Appetizer, a real treat
Next Post
The Cove should be reserved for commuters 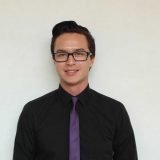 Aaron Dowd is a Junior at Vanguard University. He is a music major with a minor in English. This is his first year writing for the VU Voice.