Many California citizens seem to think that their vote does not matter in this upcoming election because of California’s previous stance as a democratic state, but that’s simply not true. There are seventeen propositions on the November ballot that have the potential to make a huge impact on the state of California, so here are some of the “hot ticket” items on this year’s ballot:

PROPOSITION 51: $9 Billion in Bonds for Education and Schools

Would authorize $9 billion in bonds to build new schools, as well as modernize existing schools. Most of the money would be for K-12 schools, with about $2 billion going towards community colleges. Borrowing $9 billion would cost California an extra $8.6 billion in interest, meaning that the state would likely be paying off the debt over 35 years, totalling about $500 million per year.

Supporters say this proposition would help with safety repairs and technology upgrades in California’s aging campuses, as well as aid in building schools in growing neighborhoods.

Opponents say Prop. 51 would benefit suburban home builders without doing much to help the schools in low-income communities while accumulating an interest almost the same amount as the bond.

Would require voter approval before any revenue bond over $2 billion can be issued by the state for state-managed projects. Many fiscal conservatives object because the projects would rely on borrowing billions of dollars, adding to the state’s debt load which is already more than $300 billion.

Supporters say it would give voters a say in major infrastructure projects and could limit growth of the state’s debt load.

Opponents say it could delay or block more public works projects than anticipated. By requiring a state vote, it could allow voters in a different community to reject a project supported by the specific community it would apply to.

PROPOSITION 56: Increase the Cigarette Tax by $2.00 per Pack

Supporters say it is a user fee paid only by smokers to help pay for healthcare, cancer treatment, smoking prevention, and research to cure cancer and tobacco-related diseases. Taxing tobacco saves lives with a proven reduction in youth smoking.

Opponents say this measure is a “tax grab” by insurance companies, labor unions and hospitals, with just a fraction of the money set aside for smoking prevention. They suggest more pressing problems like the drought, education, road repairs and violent crime should benefit from any tax increases.

Would increase the number of nonviolent inmates eligible for parole consideration and enable inmates to earn credits for good behavior. It also lets judges decide whether to try a juvenile as an adult, likely resulting in fewer young offenders being placed in the adult system.

Supporters say this is a long-term solution that stops wasting costly prison space on non-violent offenders who can be rehabilitated, while keeping dangerous criminals behind bars. It gives judges, rather than prosecutors, the power to decide whether a minor should be tried as an adult, which will improve juvenile justice by reducing the number of minors sent through adult courts.

Opponents say it is a deceptive measure that could endanger public safety with the early release of inmates convicted of violent crimes such as rape and assault with a deadly weapon. Though the initiative says it only applies to “nonviolent” offenders, the term is broadly defined under California law and applies to certain rapes and assaults.

Would give Californians the opportunity to give their opinions but wouldn’t directly change any laws. The measure asks if voters want California’s elected officials to take steps to amend the U.S. Constitution to overturn Citizens United.

Supporters say it takes a step toward “undercutting big-money politics.” Approval of this measure could influence Supreme Court justices in the future if they reconsidered Citizens United.

Opponents say the measure doesn’t really do anything other than clog the ballot and confuse potential voters.

These are dueling propositions–Prop. 62 seeks to abolish the death penalty and sentence all current death row inmates to life in prison, while Prop. 66 attempts to reform capital punishment by shortening the time of legal challenges.

Supporters (yes on 62, no on 66–death penalty opponents) say that Prop. 62 ensures not one single innocent person would be wrongfully executed and that Prop. 66 will cost taxpayers millions of dollars and increase the risk that California executes an innocent person.

Opponents (no on 62, yes on 66–death penalty supporters) say that by abolishing the death penalty, Prop. 62 would allow the most brutal murderers to stay alive because of the funds from taxpayers and that Prop. 66 fixes California’s flawed death penalty system and promises justice for murder victims and their families.

Supporters say this initiative involves voters in the gun violence debate, because something needs to be done.

Opponents say that this won’t stop criminals from disobeying the law, that it will only burden law-abiding gun owners.

PROPOSITION 64: Legalization of Marijuana and Hemp

Supporters say it would bring the state’s booming and unregulated recreational marijuana market under the rule of law, as well as protect consumers and the environment.

Opponents say that marijuana is still illegal under federal law and that approving this proposition would increase cancer risks, heart attacks, strokes and other health issues. It would also submit children to marijuana and the roads would be less safe. 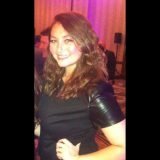