At the beginning of each year, students sign an annual contract binding them to the policies presented at Vanguard. Many of the conditions are stock practices among Christians, but one always manages to catch everyone’s attention: social dancing. Some may view it as an innocent act of socializing, but to Vanguard students and staff it could be viewed as not acceptable in our faith.

The student handbook does not allow students to partake in social dancing on school grounds, specifically stating, “social dancing is not allowed on Vanguard University’s campus; it is however permitted at University-sponsored off-campus events.”

With that being said, is choreographed dancing allowed to occur on campus? Nowhere in the student handbook does it state that choreographed dancing is or is not allowed. Because there are guidelines as to what is expected of these types of events whether on or off campus, there must be some state of approval. For students there is not a clear line that draws what is and is not acceptable.

On September 23rd, Vanguard University is having a Hoedown Throwdown hosted by Student Programming. It will take place in the Scott Courtyard at 8:30 p.m. On September 30th, there will be a Salsa Night, also in the Scott Courtyard, at 9:00 p.m. It will be hosted by the Intercultural Student Program. “There will be a dancing instructor who will choreograph the moves for line dancing,” Cyndi Murillo, Assistant Director of Student Programming, made clear about the event. Since it is choreographed, it must be approved by the associate dean of students, Ryan Moyher.

Regarding this line dancing event, Murillo has clearly stated that this event is “not a social dancing experience,” but more of a learning experience for all students on campus. It involves a mutual respect of the student guidelines while allowing for students to have a fun and safe environment in which to be social. To clear up any misinterpretations, AG and VUSC both have specific rules on what is acceptable for dancing and what is not. For most students the ideal form of dancing is not immoral or sexual but an art form in our culture.  Dancing choreographed and unchoreographed is a part of the human culture and has yet to be seen as a positive aspect in the Vanguard Community. Some stories in the Bible look at the difference in glorified and distasteful dancing. An acceptable form of dancing in the Bible is found in 2 Samuel 6:14,“ and David danced before the Lord.” An example of unpleasant dancing from the Bible comes from Exodus 32 which explains that while Moses was up on the mountain talking to God, the Israelites built an idol and worshiped it by dancing. This form of dancing is considered sinful due to the worship of another idol and not God. These instances are partial reasons for why dancing is not accepted at Vanguard. Another reason could be the knowledge of high school dances and the inappropriate behaviors that occur during and after these social events. This leads to the explanation as to why Vanguard has not established a more lenient guideline for dancing besides during chapel worship or anywhere else.

In regarding other dances on campus, there is little information about the Salsa Night which is also taking place in the Scott Courtyard. The Hoedown Throwdown should be a great experience for anyone who attends the event.

Previous Post
One Down, Two to Go
Next Post
The Lions Earn Redemption in Return to Al Barbour Stadium 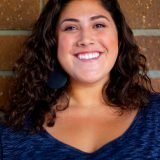