Tragedy struck Manhattan’s neighborhood of Chelsea, on Saturday, September 17th at 8:30pm, when an explosion caused an uproar centered around the question, “What was the motive?” Shattered windows, closed streets, and twenty-nine individuals being carried away in emergency vehicles left the public in an extreme panic.

Law enforcement stated that the explosion originated from a homemade bomb in front of 131 West 23rd Street. In addition, a separate garbage explosion at a Marine Corps charity race in Seaside Park, New Jersey was followed by the findings of two inactive bombs in the area. No injuries were reported due to few people being in the vicinity at the time of the explosion. Spokesperson Al Della Fave from the Ocean County prosecutor’s office believes that the explosion was indeed meant to harm the race taking place in New Jersey. He goes on to explain how lucky we really were considering how many people would have been running past that bomb in the race. Amidst the confusion, law enforcement proceeded to isolate the incidents until further investigation.

During the investigation, a pressure cooker was found four blocks away from the Chelsea, New York neighborhood, the device being disturbingly similar to the one used in the Boston Marathon bombings in 2013. Surveillance videos show the suspect, only identified as Rahami, dragging a duffel bag with wheels near the West 23rd Street location approximately forty minutes prior to the explosion. Authorities believe Rahami to be directly related to both bombings in New York and New Jersey. Upon further review, information was relayed regarding the similarities between both devices involved in the bombings.

Rahami was identified late Sunday afternoon by fingerprinting and further investigation. On his person they found a journal in which he reportedly claimed, “The sounds of bombs will be heard in the streets!” after praising Osama Bin Laden. In this same journal, investigators found more of his writings telling of how he will martyr himself reading, “… Gun shots to your police. Death to your oppression.” Rahami’s charges on Tuesday related directly to his connection with the Chelsea, Manhattan explosion and the unexploded pressure cooker found in the area. His involvement with a police shootout added to his charges.

As more information is leaked regarding the bombings, we find that the Chelsea explosion resulted from a highly explosive charge placed inside a pressure cooker, left in a dumpster.

As for the bombings being considered acts of terrorism, Governor Andrew Cuomo states, “A bomb exploding in New York is obviously an act of terrorism.” He goes on to state, “A bomb going off is generically a terrorist activity. That’s how we’ll consider it. And that’s how we’ll prosecute it.” Keeping this in mind, law enforcement officials in New York warn that without a known motive, it might be too soon to declare these bombings as acts of terrorism.

Fear, chaos, and injuries aside, the New York Police Department will continue investigating valid motives, allowing various questions to unfold just as others are being answered. 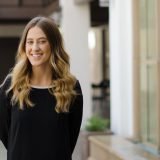 Hey, my name is Melissa Amarante. I am a sophomore and an English major here at Vanguard University. I love yoga, running, and sunsets. Because who doesn't love a good sunset am I right?