Ashley Claney is a senior at Vanguard University but her journey here had one big obstacle, her vision. Ever since Ashley was young she had trouble reading and with school, but she was not sure why.  Furthermore, when she would play soccer for her high school she would see two soccer balls. Growing up Ashley described that she would see double of everything. People had two heads, lines of words on a page were doubled, and she had excruciating headaches and nausea as a result. But to her, this was normal.

She had no idea how everyone else viewed the world, and double vision was Ashley’s reality. In high school she finally sought out a doctor to figure out what was wrong. Doctors ran an immense amount of tests on her thinking that it could be a brain tumor. They concluded that she had double vision and placed her in vision therapy. Ashley went through vision therapy starting when she was 16 up until she graduated, which was two and half years later. Unfortunately, the years of therapy did not improve Ashley’s vision. She felt ashamed and stupid because she was having such a hard time reading. She was failing tests and it got to the point where she could not read on her own anymore.

Throughout this trying time in her senior year she applied and got accepted into Vanguard. However, she did not think she could attend because homework alone was a task Ashley struggled to accomplish. Finally, her Dad called a quits on the eye therapy and that is when Ashley went to see an eye muscle specialist that changed her life. He was very hard to get in to him, but right when she saw the doctor he diagnosed her with superior oblique palsy. He explained to her that when she was born the nerves on the side of her eye were paralyzed, which caused her double vision. The only cure for her condition was surgery, but the doctors explained that they did not think they could get her in until December of her freshmen year in college. At the time she found this out she was longing to have an eye surgery done so she could independently learn at a university.

She was so discouraged but prayed that God would make a way for her to be able to attend Vanguard. Miraculously, after praying, the doctors called and said that a spot had opened up for her to get the surgery on July 20th, which was exactly one month before welcome week at Vanguard. “All that time I thought I was not going to be able to go to Vanguard,” Ashley says, “and the surgery completely changed my life!” Her vision has been clear for four years now. If she had not received the surgery, she would have eventually gone completely blind. With new vision, Ashley fell in love with learning at Vanguard. Ashley is now pursuing a career as a special education teacher so she can help students that feel like they are outcasts.

When she was a Resident Assistant, Ashley learned that she does not always have to be the one supporting her residents, because the people on her floor were also there to care for her.  When Ashley was a Junior at Vanguard and hired to be an RA in Catalina hall her Grandmother, who was very close to her, passed away.In addition, one of Ashley’s most meaningful periods of time at vanguard was being a residence assistant or RA.  Through that hardship in Ashley’s life came much growth.  She greatly valued building relationships with her residence. Furthermore, Ashley grew immensely by the guidance and leadership from her RD, Denae. She said that she “Hugely impacted my life, and was someone that has walked with me and encouraged me.”

As she looks towards the future, Ashley is looking forward to marrying to her fiancé, Josh Schaubroeck, in just a few months. However, unlike most Vanguard love stories they did not meet here on campus. Ashley grew up in a missionary family. When she was in middle school she attended school at a missionary boarding school called Rift Valley Academy, in Kenya. In eighth grade, Ashley started dating one of the other missionary kids named Josh. The two were separated, however, Ashley’s family moved to California where she started high school.

Ashley and Josh kept in touch over email and eventually started seeing other people. Over the course of six years, Ashley and Josh stayed in communication. He emailed her every year on her birthday. Once Josh’s family left the mission field they moved to California and Josh started attending college in North Carolina. As a sophomore at Vanguard, Ashley got an email from Josh saying he was back in California and the two met up. Ashley fell for Josh all over again. They began dating and have done long distance for the past two years. Josh proposed to Ashley on July 31, 2015 and the wedding is planned for June 19th! Ashley’s journey has had its ups and down but she has placed her trust in God and He has stayed faithful to Ashley every step along the way. 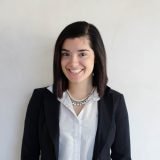 Ciera is a sophomore at Vanguard University. She is a communication major with an emphasis on interpersonal communications. Ciera hopes to pursue a career in public speaking. She has a background in mock trial and public speaking. Ciera is passionate about fitness and wellness. She is very out going and is a go getter. She is originally from Sacramento but is planning on living in southern California after college.