“It’s important as Christians to be involved in movements like this to be a light to the world and stand up for those who can’t defend themselves,” says Senior, Cassidee Planter, “If we don’t do it, no one will.”

Synergy is defined as the cooperation between two organizations in order to create a combined product greater than that which could have been produced in a separate effect. This past Tuesday night, Vanguard’s Dr. Lashua and her History of Human Rights class put together a chapel event in Needham to create a synergy between our school and the human rights activist organization, Amnesty International.

Rather than have a final exam, Dr. Lashua allowed her students the option to create this event to spread awareness of the injustice in the world and to let it be known that there is an organization they can join to fight that injustice.

Every year Amnesty International holds the Write for Rights campaign which enables people to write and send a letter on behalf of someone enduring an unjust prison sentence. Through this chapel, students had the opportunity to write letters themselves and be part of the solution.

Vanguard advocated for the case of Teodora del Carmen Vasquez.

Teodora is a woman who received a 30-year sentencing in El Salvador after presumably being found guilty of an abortion. She had been at work when she suffered a stillbirth and was arrested by the police for what they called a homicide. Teodora lacked the resources to hire an attorney at the time and has to this point been incarcerated for seven years.

Students wrote a short letter to El Salvador’s Minister of Justice asking for her immediate release and the release of all other women incarcerated for a pregnancy-related complication who have exhausted other legal remedies. These letters serve as one of Teodora’s last hope for justice as she moves into the process of applying for a reduction of jail sentence.

From the start of the event, it became clear that it transcended the lack of chapel credits students had, for it caused all in attendance to pause and consider the needs of those unjustly being punished.

Before the students wrote their letter, a few success stories were shared. One of them featured Jenni Williams, the leader of Women of Zimbabwe Arise (WOZA). Williams is currently facing trial on criminal nuisance charges and has been through numerous arrests and beatings for her part in peaceful protests as she sought social and political change. Amnesty International supported her in times of incarceration through various letters. WOZA continues to fight for the rights of men and women in Zimbabwe.

One of Dr. Lashua’s senior students, Cassidee Planter believes that the promotion of human rights through organizations such as Amnesty International is necessary. “When organizations like Amnesty International become popular, autocrats and other statesmen realize they won’t be able to get away with violating the human rights of their citizens any longer,” says Planter. 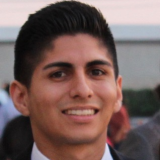