Eight film students from the Vanguard University Communication Department have recently returned from Park City, Utah, where they attended this year’s Sundance Film Festival. The festival was started in 1978 is known for attracting directors, celebrities, producers, and film students.

At Sundance, the Vanguard film students were able to interact with actors and filmmakers about their shared passion.

“It [was] a once-in-a-lifetime experience. I will never forget this,” says Cameron Ordway.

Senior Vasili Brasinikas was able to chat briefly with Aaron Paul of “Breaking Bad” and talk with Kevin Smith, director of the movie “Clerks,” who made his film start at Sundance.

Sundance is known to push the envelope in the themes it touches. A movie entitled “Rudderless” is a movie about an alcoholic father; a documentary “Alive Inside” is about music therapy that helps with dementia; and “Web Junkie” is a documentary that focuses on children in China who are addicted to online gaming.

“It is hard to relate to a robot or a pirate, but the people in these movies are real people with real problems,” Pardo said.  These Vanguard students were in a whirlwind of cinematic art.

“These movies aren’t compromising for mainstream…some movies upset people,” Brasinkas said.  The students were also part of the Wind Rider Forum, which is a Christian forum to discuss the films at Sundance.

“It’s good to know that God is alive and well in popular culture,” Ordway said. Ordway noted that many of the movies posed deep questions that pointed back to God and His majesty.

Yet, when Brasinikas said that he was from a Christian school, a question was brought up: “Isn’t that an oxymoron? A Christian at a film festival?” This statement shocked the aspiring student, who wants to be in the film industry.

“These movies have challenging scenes…Christian filmmakers should not avoid the dark themes, but use it to reach out to the people who struggle with those real issues” Pardo said.

All three students saw this festival as a great or “once-in-a-lifetime experience.” They go to see films that challenge, touch, anger, feel, and engage. Yet, at the same time, their faith was also challenged, touched, angered, and engaged. 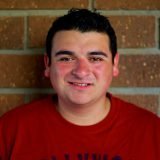