After a less than “pride-worthy” game on Friday, Vanguard University’s Baseball team came back with a double-header sweep on Saturday.

On Friday and Saturday, April 12-13, the VU baseball team played the San Diego Christian College (SDCC) Hawks. Friday, the Hawks swooped in and snatched up the game with a final score of 13-2.

When Saturday came, the Lions smacked the Hawks out of the sky with a doubleheader sweep. In the opening game, the Lions finished at 4-2 and the later game ended with a 2-1 win.

Commenting on the Friday game, senior Jason Ochart said the Hawks are a solid and talented team, but the defeat came from his team not bringing their best. When asked about his own performance after being one of the only players to cross the plate, he said: “We lost and that’s really all that matters to me.”

Looking to the future, Ochart says the team still has a chance to make play-offs. He said: “If we come together, play as one and play to the best of our ability, we can beat anyone.” 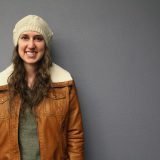