In March, it was announced that the Entourage and Delivery Boys Programs are to be suspended for the 2011-2012 school year. Students received emails from Administration that explained the situation: Vanguard leadership is reviewing the ministry teams to assess their relevance to this generation’s needs.

University President Dr. Carol Taylor explains how the decision came about. “It [the decision] was actually reached over a period of time, in a series of discussions and reviews that took place at the Cabinet level,” Taylor said. “The President’s Cabinet includes all of the Vice Presidents; so from Student Life, from Academics, from Admissions, to Business and Finance, to Enrollment Management.”

The judgment was made after careful consideration. Although Administration cannot yet determine the outcome of this arrangement, one thing is certain: there has been a decline in both qualified students trying out for the teams and in enrollment through the influence of Entourage and/or Delivery Boys.

“It’s been increasingly difficult to attract students who are qualified to participate on the teams,” Taylor said. “In order to get teams of four this year, we invited back a couple of students who were on the teams last year but who aren’t currently enrolled in classes.”

Taylor stated that there is a question as to why there has been a decline in participation interest. As for enrollment, there has been a steady dwindling of students claiming to come to Vanguard due to influence from camp team experience.

“And we don’t know why that’s happening,” Taylor said. “But we know in recent years, we’re averaging about 15 students a year, and that is why we decided we needed to do a review.”

Before the program was suspended, freshman Marina Plott was hired onto the Entourage team for the 2011-2012 school year. She maintains no bitterness about the change of plans.

“Change is always good. It brings life back to the student body and back to the talent teams,” Plott said.

Plott has since been hired as the Sophomore Class Activities Director and as a Frontline Group Leader for the 2011-2012 school year.

Tiffany Redwing, 2010 graduate and former Entourage member, believes that the reconstruction of the comedy ministry teams affects Vanguard on four levels. On the campus/community level, Redwing stated that the campus is losing a part of its identity by losing the traditions of Entourage and Delivery Boys.

Next is the alumni level, in which Redwing wonders if alumni opinions of the University and positive feelings toward contributing to it might shift.

She does not predict that alumni perspectives will or will not change, but Redwing stated that it is a possibility.

The third level Redwing mentioned is the camp level.

“There’s no camp team representatives being sent from Vanguard this summer,” Redwing said. “I totally affirm the decision that they want to revamp [the ministry programs]; however, the fact that there [are] no teams being sent out this summer scares me. I think it’s going to have an impact on enrollment.”

Devin Aguilera, 2010 graduate and 2010-2011 Delivery Boy, and sophomore Caleb Wood-Peterson—who was selected to serve as a 2011-2012 Delivery Boy—also anticipate the potential enrollment decrease.

Redwing also mentioned that camps’ staffing will be affected this summer; each camp that would normally receive help from Entourage or Delivery Boys will be short by four people.

“When you’re at the camps, you’re meeting different camp teams from other AG schools, and this includes other universities, other Bible schools,” Redwing said. “We had the chance to connect with schools in other states that we might not have been able to connect with otherwise.”

President Taylor wants the student body to understand that Vanguard leadership does not take the situation lightly and treasures the heritage of the teams.

“We take very seriously all of our programs at the University, and we do reviews of all of our programs,” Taylor said. “We also value the heritage. The question is, ‘what’s the best use of the teams today? We’re not just throwing something out. We want to take a careful look and talk with those who are on the receiving end of this to understand what is needed for today.”

Aguilera sees the positive effects that can come from this reviewing process.

“We’re obviously going to revamp the Delivery Boys and Entourage and get us into more aspects of ministry,” Aguilera said. “It’ll just push our name a little bit further.”

Plott believes that once the new plan develops and students begin to comprehend and take hold of it, excitement will spark. Although Plott initially felt disappointed about the suspension, she became more peaceful after meeting with Taylor and hearing a deeper explanation.

As an Entourage alum, Redwing’s feelings were initially hurt when the news came out; nevertheless, she does not believe that the administration should be slandered.

“I trust our leadership completely with where they’re going with it [the change] as long as it is looked at from different perspectives. I don’t think communication can be perfect, but I think that this could have been thought out a little bit [more] before it came out the way that it did,” Redwing said.

Aguilera advises those concerned to, unless their critiques are helpful, keep opinions to themselves.

As of now, the programs are not being cut—they are currently only suspended, under review. 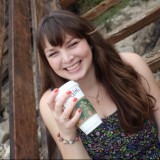