If you subscribe to the Hollywood overlord’s streaming service Disney+, you might have been excited to stream Disney’s new live action Mulan, which released Sept. 4 in the United States.

But you were stopped in your tracks by a $30 paywall preventing you from satisfying your endless yearning to watch yet another masterful Disney remake. Just when you thought 2020 couldn’t get worse…it did.  This mammoth price stares you down as your eyes scan over the words “Stream exclusively for $29.99 with a Disney+ subscription.” What is this price for? What is Premiere Access?

To put simply, Premiere Access is an idea conjured by Disney to suck the money out of your pocket like a mosquito would steal the blood from your veins. This price grants you access to the brilliantly original Mulan a few months early. The movie was originally supposed to be released in theaters, but due to the coronavirus that option was made obsolete.

Disney has doubled a movie ticket price, removed the theater experience, required you to have a Disney+ subscription, AND this does not mean that you are buying the movie. If decide in the near future to buy your soul back from Disney and cancel your subscription, you lose the movie.

Mulan will be added to regular Disney+ on Dec. 4. So, your thirty dollars will only provide you exclusive access for three months. Everyone who pays only $6.99 will also have access on that date. You could also choose to wait until it is available for purchase, but this date has not been released yet.

Most movies release for purchase at around the cost of $25, and then you own it and don’t have to maintain a subscription to watch it. Perhaps if Disney had released Premiere Access at this price point it would be slightly less preposterous. Ironically, Disney’s European prices for Premiere Access exchange to about $25. Disney has truly sunk its teeth into the American need for consumption and is too bloodthirsty to let up.

So, what are the benefits to spending $30 on Premiere Access?

You get to feel special and watch an overpriced movie with very selective access a little early!

Disney could pull off a higher tier of Disney+ with premiere access to movies, but a one-time paywall for a singular movie is a concept born from pure corporate greed. Instead Disney should offer a higher tier that includes select movies and releasing movies. This would, of course, entail a higher monthly fee, but Disney would get a much better chance at succeeding with a tiered subscription rather than a blatant cash grab.

If you are a diehard fan of the badass warrior that Mulan is (ahem… me too) and MUST watch this movie, simply rewatch Mulan (1998) until Dec. 4. Then on that fated day this is what you do: cuddle up under some blankets with hot cocoa and have a 20-day countdown to Christmas where you watch Mulan Every. Single. Day. This is the only way to atone for waiting three excruciatingly long months to watch the latest Disney remake. 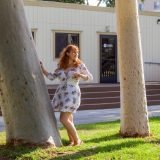