Vanguard University’s first theater production this semester, “The 25th Annual Putnam County Spelling Bee” was no ordinary word spat between ferocious linguistics warriors that you would typically assume to be in attendance. Rather it was a spectacle that grabbed the audience’s attention with a wacky story that demands consideration.

Before I went to the play, I will be honest, I did not have high hopes. My main concern was, “how am I going to be entertained for the two and a half hours.”

Well fear not, for I can be honest and true in saying that the Lyceum Theatre was able to spin my expectations for this production on its heels. “The 25th Annual Putnam County Spelling Bee” had me laughing all the laughs and feeling all the feels to the point where I can honestly say that it was a real treat to go out and see this play.

They were able to keep my attention with more ways than one. The combination of catchy songs performed by the orchestra, as well as the beautiful lighting that let you know the mood without any doubts. And of course who could afford to miss the Latino Jesus?

Everything felt professional from the box office to the well put together program, or from the ushers who helped me find my more than comfortable seat to the way the stage, bright with color, filled me with anticipation. It’s easy to forget that the production was largely the work of full time college students.

The stage setting was something that resembled a high school gymnasium with bleacher seating on the left and judges booth on the right. An oversized trophy stood in the center, the sight of that beauty made me want to compete so that I could take it home.

Before the show started the two judges in full costume and character came out. They walked around the room looking for volunteers to come up and be a part of the spelling bee. If you decide to go see this wonderful play and wish to join in the splendor, I suggest to sit along the aisle, just like I did.

That is correct, I was one of the audience members asked to come onstage and help with the play. This was a very special treat and I must say that it was both insightful and embarrassing.

Being an English major myself I can own up to saying that I misspelled the only two words I was asked on stage, both “Fandango” and “Pakapoo”(I mean, has anyone ever needed to know what “a Chinese lottery in which the tickets are sheets of paper bearing densely written characters” is called?) Being on stage only gave me a greater appreciation for the talent and brilliance that these actors and actresses bring to the stage every night.

Robert Ball’s character, William Barfee, the nerdy bully, was spot on. His anger and passion for spelling rivaled that of Ananya Vinay (which a quick google search will inform you that she was the 2017 national spelling bee champion.)

Olive, played by Malia Hoff, performed a beautiful song with her two “parents,” played by Andreas Schmidt and Hannah DeBoer, actually bringing a tear to my eye. I have no shame in admitting that Hoff’s small lungs were able to produce a sound filled with so much emotion of desperation and love that actually forced a salty substance to the corners of my eyes that I’ve rarely ever felt. And yes, I am still talking about a play that revolves around a Spelling Bee: Hoff is just that good.

Speaking of Andreas Schmidt, the role of Olive’s father was not his only role; he played three separate parts in this show. In all the shows I have seen in the Lyceum Theater, Schmidt never fails to keep me coming back for the next, it seems this man can do no wrong. He is funny, charming, and his voice blows me away, especially when he sings about his special “distraction,” as the character of Chip.

However, I feel like the real star of the show last night was Ethan Boyle, Vice Principal Douglas Panch. I don’t think I have ever seen anyone pull off the oblivious and awkward adult better than Boyle. It’s hard to describe it perfectly, but you must see the show just to watch his mustached face sneak around on that stage.

This play about a simple Spelling Bee turned out to be so much more than expected with humor that touches on magic feet, atheism, homosexual parents, erections, and even the fact that olives are actually fruits, which I will be doing a full blown investigation on in the future to find out if it really is or not.

Though there was some strain and seriousness, do not let these minor setbacks keep you away from the Lyceum Theater these coming weekends. Grab some friends, purchase a ticket, and go have a good laugh–all while remembering the definition of pakapoo–because I can assure you I am already planning on going a second time myself. 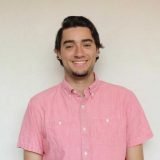