“Inspiration.” is one word, Professor Jonathan Moore, described as he and a few students attended the Sundance Festival. As the Sundance Festival came to a close earlier this past week, some of our Vanguard students and faculty were able to experience the opportunity of being a part of the festivities. The Sundance Festival, which takes place annually in Utah, invited many inspired and creative audiences to partake in an eventful program of films, shorts, performances, panels, music events and much more. This festival began in 1985 where it began to attract many viewers who were excited to dive in and explore new perspectives of films and adventure into the best opportunity to view hundreds of film.

The Sundance festival created an opportunity for people, whether in the industry or just movie enthusiasts, to come together as one and experience a variety of emotions and excitement in the vast options of films that were shown. The film festival presented “123 feature-length and 72 short films-selected from 12,793 submissions…” (Sundance.org). A variety of films were shown, but just to name a few, there was: The Birth of A Nation, Between Sea and Land, First Girl I Loved, Sand Storm, and many others. Many of these were given awards.

Amanda Fort, a Vanguard senior, attended the film festival this year. She, just like the others in the group, enjoyed her time at festival, watching the films, listening to the panels, and even seeing famous celebrities such as Nate Parker, Maya Rudolf, and even rode on the bus with Jon Glaser who is seen on a popular tv show, Parks and Rec. When asked what advice would she give to the students attending next year, she responded by saying, “Don’t skip out on this trip. I totally advise students to go on this trip. It was so much fun to hang out with film students and professors in Park City. It’s basically a study abroad for cinema majors. It was the best week of my life.”

The Sundance festival opens up an opportunity for people to attend and view films in a whole different way. These films, usually never seen before, allows the audience to stretch their minds in the different ways a story can be created. Professor Jonathan Moore, of Vanguard University stated that one take away from The Sundance Festival was, “Inspiration. Being there, seeing some of the films and just personally being inspired to do more good work of my own.” The passion and excitement people have for film should definitely be part of this experience next year, and the years to come.

The festival brings in many people from around the country to encounter an inspirational, ravishing, adventurous experience. To view films. hear from directors, and learn about how to visually tell stories. This opportunity is open to seniors at Vanguard University and if that is something that may sound inviting to be a part of, “Students should work hard, do well in their classes and show a great love and passion for film!” states Professor Moore. 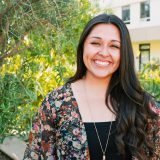