If you had the power to choose the skin color, eye color, hair color, weight, height and sex of your unborn child, would you? DNA altering of human embryos allows one to adjust the physical appearance and present disabilities of an unborn baby. Having the power to alter an embryo’s genes allows us to make designer babies.

Ethics play a huge part in this controversial topic. If people now have the power to choose and alter what their child will look like, are we playing God? Changing what God has selected us to birth raises a lot of ethical questions among Christians. If we alter an unborn fetus, we are changing what God has planned for our lives. If we go about changing everything in a fetus, as Christians, we are saying to God that we do not want what he has for us and we would like to trade it in for something better.

On the other hand, designer babies allows for incredible scientific improvements. If scientists are able to splice and dice genes, that would mean no more disabilities or genetic mutations. If there was a way to take out a disability for your unborn child, would you? Scientists would be able to take out all genes that would be disabling to the unborn fetus and would allow them to live normal lives. This opportunity allows for parents to choose if they want to birth a child with or without genetic disabilities.

Tampering with genes raises a lot of questions among Christians. I set out on an interview and asked a student and a faculty member to share their views concerning alterations of genes. Viorela Pop (PhD in Biological Sciences) said “I believe that it could be beneficial for Huntington’s Disease. As far as altering physical appearance, eyes are eyes. People don’t need the color of their children’s eyes to be changed…genetic altering is putting its purpose to waste on that.” Daniel Garcia (Junior, Religion major) said “When it comes to gene alterations in regards to disabilities, that is where I am most conflicted…changing appearance or sex is a bit easier to see as an unethical issue due to it stemming mainly from of sense of vanity.” He also said that “Altering genes for one that may have severe disabilities is a hard ethical dilemma. ”

Overall, I people could argue both sides. As Christians, we must evaluate the topic in a Christ-like manner. Although we share a Christian mind set, we may not think exactly the same when it comes to questions that challenge ethics, as I have found in my interviews. I found that Christians had a hard time placing their views to one side with this situation. We believe that we should not alter what God has to give us, but we still have a hard time in order to choose if it is still playing God if we cure a person of their disease with genetic altering.

Genetic altering will provide parents worldwide the opportunity to design their children to their liking and cure them of genetic mutations. Religious people may have to question themselves and reconsider their views when it comes to “playing God” and curing their child of something that would be life debilitating. 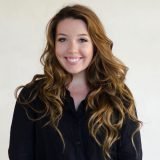